Datuk Yap Yee Ping started her career in auditing and has more than 20 years of finance and accounting exposures within local and multi-national corporations.

No. of Board Meetings Attended for the Financial Year: 4/4

Tan Sri Dr. Ali bin Hamsa was a tutor in University of Malaya prior to starting his career in the Administrative and Diplomatic Service (PTD) as an Assistant Director at the Ministry of Trade and Industry on 5 January 1981. In 1986, he was appointed as the Senior Project Manager, Economy and Public Policy Management Centre (PUTERA) at the National Institute of Public Administration (INTAN), where he co-authored two books, namely Dasar-Dasar Utama Kerajaan (1997) and Malaysia Kita (1998). He had a short stint at the Ministry of Transport in 1992.

Upon obtaining his Ph.D in 1997, he began serving at the Economic Planning Unit (EPU), Prime Ministers Department. He held the positions of Director of Distribution and Deputy Director-General of the National Transformation and Advancement Programme. On 22 April 2009, Tan Sri Dr. Ali bin Hamsa was appointed as the first Director-General of the Public Private Partnership Unit (UKAS), Prime Ministers Department. He served as the 13th Chief Secretary to the Government of Malaysia from 24 June 2012 until 28 August 2018.

Membership of Board Committees: Member of the Audit Committee

Dato’ Rosli bin Sharif had served with the Government of Malaysia in various capacities at the Treasury Department of the Accountant General’s Office, Accountant at the Department of Civil Aviation and as the State Treasurer of Negeri Sembilan from 1980 to 1982.

Since 1982, he had served as a Director in private limited companies involving in construction and property development.

He joined Cement Industries of Malaysia Berhad (CIMA) in 1988 as the Group Finance Manager and was subsequently promoted to General Manager, then Chief Operating Officer and Managing Director in 2002.

Between 1998 to 2005, he led CIMA to grow its business and in particular, involved to acquire and restructure Negeri Sembilan Cement Industries Sdn Bhd, which resulted in CIMA expanding its production capacity and market share especially in Singapore. He was the Chairman of the Cement and Concrete Association of Malaysia from 1998 to 2000.

He was the Independent Non-Executive Director of Konsortium Logistik Berhad, a public listed company from 2011 to 2013.

He was also the Managing Director of another public company from
2012 to 1 February 2017.

No. of Board Meetings Attended for the Financial Year: 3/4 GETS Global eyes RM50m worth of bus sales to Gunung Capital

Reported on: The Edge Market  KUALA LUMPUR (Sept 24): GETS Global Bhd is looking to sell 100 units of high specification buses to Gunung Capital Bhd which could amount to some RM50 million. In a bourse filing today, GETS Global said it had on Sept 20 entered into a...

END_OF_DOCUMENT_TOKEN_TO_BE_REPLACED 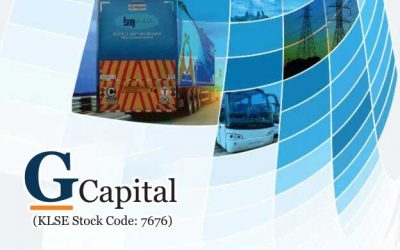 Reported on: The Edge Market KUALA LUMPUR (Jan 31): Gunung Resources Sdn Bhd, a wholly-owned unit of Gunung Capital Bhd, has been awarded a project management contract worth RM9.45 million for the procurement, construction and commissioning of a 2MW installed capacity...